Best Tips For Cooking On A Gas BBQ 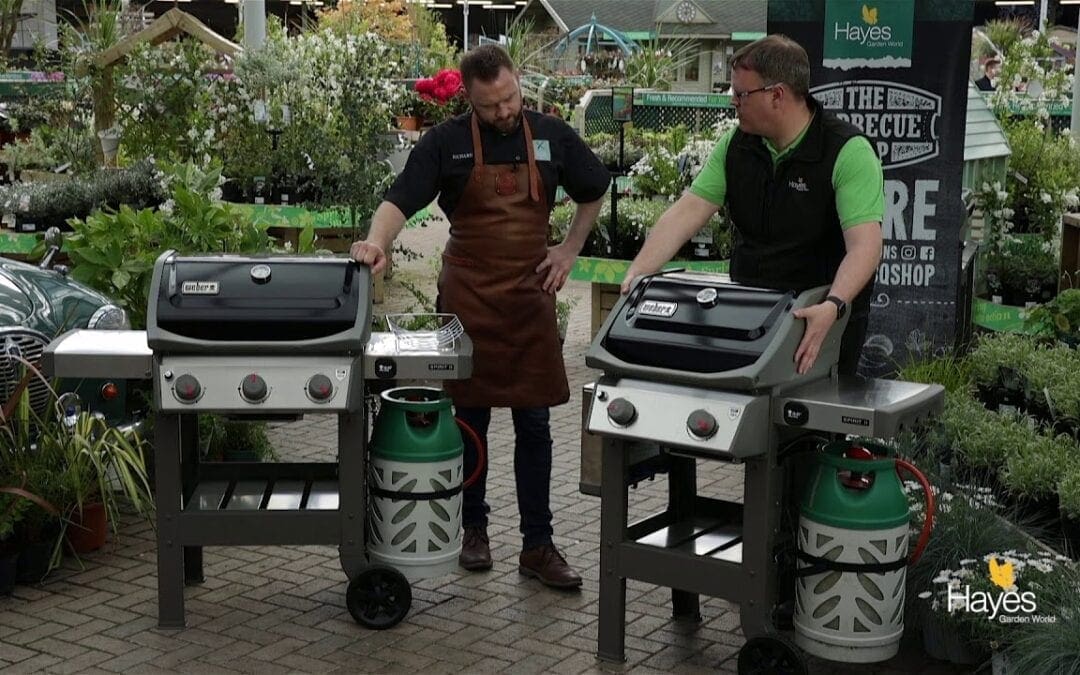 Best Tips For Cooking On A Gas BBQ

Hi folks. And in this post we’re going to give you our top tips for using a gas grill. So if I ever get a new gas BBQ the first thing that I do is I turn the gas BBQ on with all the dials and I put them all on minimum, that way I know what my lowest temperature is across the board.
So let’s say that we’ve got 150 degrees with these 2 burners on minimum, I know that I’ve got 75C from both dials. Then I would turn both dials to full and see where that gets me, then I know that that’s my hottest temperature.
Now if I’m looking at a recipe and it says to set up for 200 degrees, I can adjust those dials on an average day for the temperature that I need.

So if these were 150 on minimum then I would go to 200 I’d be kinda approaching that half open half position on the dial. That’s one of my top tips whenever I get a new gas BBQ and I want to know whereabouts to put the dials as a starting point; what about you?

One of my top tips when you get a brand new BBQ, it’s got a cast iron cooking grate in there, now if you’re going to go straight in and put a burger on that it’s gonna stick. Yes, and actually that’s a great point ‘cos when you get a brand new BBQ the first thing you should do is burn it off, because in the manufacturing processes there are engineering greases that are used when these pieces are pressed out, things like that so once you’ve lit your BBQ and as we’ve said just go through the different settings on the dials to get the temperatures, as you do that you burn off and you start to season.

I think maybe what you were going to say is just put a little bit of oil on there so that it will start to season, just like a new frying pan. That’s all it’s like. So you can do that 2 ways, you can buy, Weber do a Non-stick Spray. Yeah. Or one of the other ways is get a potato, cut it in half, stick a fork in it, get a little dish with some rapeseed oil on there and just rub that over the grill, it just gives you a bit of seasoning. I like to use an onion, you can use a head of garlic, whatever you’ve got in the veg drawer you can just chop it in half, within reason, you want something with a large surface area and just run that up and down so you get your grill nice and seasoned.

Other Tips For Cooking With A gas Grill

What else, basically top tips for cooking on gas, understand that you can have 1 burner off or 1 burner on low to give you an indirect or roasting environment.
So on a 3 burner gas BBQ really easy, 3 burner Weber gas BBQ, if you set the 2 outside burners for medium. So if we just put that one there and if we pop that one there and we leave the middle one off, that on an average day will give us 180 – 200 degrees C roasting temperature on the lid, on the needle.
On a 2 burner, in order to roast on this some people might say that you leave 1 off but on a cool day your BBQ may struggle with that 1 burner only to get to the temperature that you need.
So what I tend to do is I would put both burners on low and then you can seperate heat horizontally but you can also move your food away from the heat vertically as well.
And one of the things that I often do is you can get a rib, or a roast holder should I say, and you can pop that into the central area between the 2 burners and it will elevate your food off the grill.
Now if you don’t have one of these but you’ve seen some of our other videos and you’ve seen us use these before you can use it that way up and it will elevate your food off the platform, otherwise known as your cooking grate, and it will allow the food to be just a little bit higher.
If the cooking rack at the back is in the way and it’s gonna block your roast from going into, onto your tray then you can of course take that out and just pop the lid down, ok.

What Else To know About Gas BBQ Cooking

On the multi-burner BBQs you’ve got a cross-ever burner, which means that if one burner blows out, for whatever reason when you lift the lid, maybe there’s a cross-breeze, and one blows out, the flame from the other burners will re-light that secondary burner.
So there’s a little burner tube that runs across the back, if I’m roasting on a gas BBQ that just means I don’t put the food all the way to the back of the grill because there’s gonna be a little bit of direct heat underneath that back, the back part of the roast, so if I am roasting I just keep it in the middle or slightly towards the front.
Whilst you’ve got it in your hand. This little guy here? The warming rack, people call it a warming rack, it’s not really a warming rack, with a Weber BBQ you always cook with the lid down. There you go.
So what we like to call it is an elevated cooking area, because if you’re cooking some chicken, it’s got the right coating on the outside. Yeah, it looks right on the outside. Lift it up onto this tray here. Yep. And close the lid, it will carry on cooking. It will.
One of the things that people don’t realise is that this thermometer here, if we just open this up again, sorry. It actually takes its reading from this probe, so first of all in order to get an accurate reading of what’s going on the lid needs to be down in order to build up heat underneath the lid.

The second thing is if you look at the height of this probe when you close the lid, it’s towards the top of the cook box, which means that any food that you put on that top shelf will be aroundabout the same temperature as the thermometer shows. It will carry on cooking. It will carry on cooking.
But it means that if you’re doing a roast on the lower section or if you’re doing some cooking on the grate and you’ve got nothing on that top shelf and you can have that in your grill; one thing that I like to do is grab some baby potatoes, tumble them in some oil, with some salt and pepper, and just sit them on the top shelf and they will just roast beautifully, about 40 minutes depending upon the size of them, away you go , you can even do jacket potaoes, you can roast sweet potatoes up there as well.

Tips for when the BBQ’s not in use? 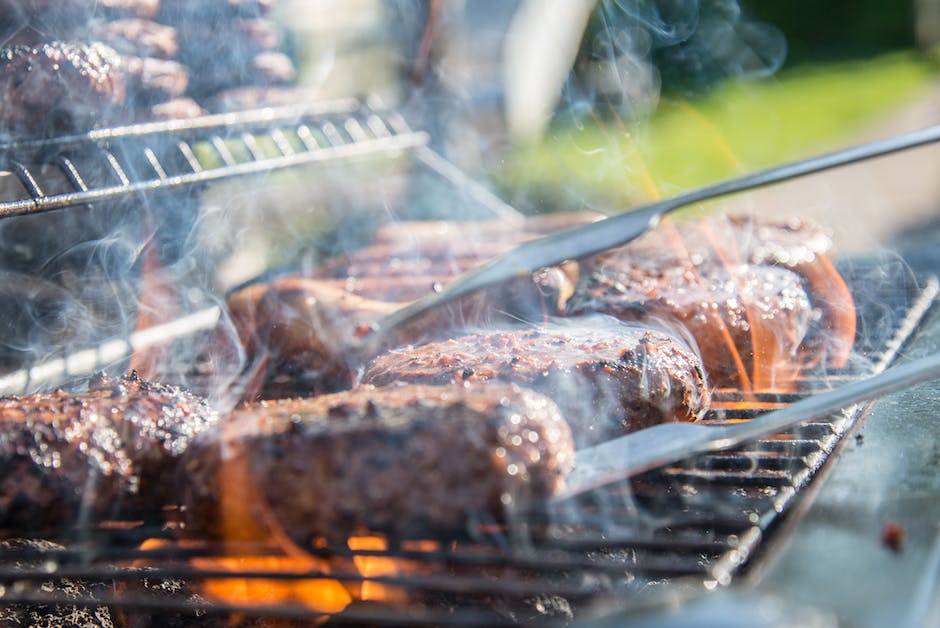 tips for cooking on a gas barbecue grill

You don’t need to put a cover on these ‘cos the warrenty does not require them to have a cover, if you wanna not have a target for the birds to practice on then I suggest putting a cover on it.

One thing we always do when we’re not using our gas BBQ is we disconnect the regulator. Yes; so when you’re not using your gas BBQ as Ian said just press that regulator in, disconnect the hose, that just means that if you’ve got little ones around, they’re playing in the garden, you know little kids have kitchen sets, they like to pretend to be grown ups.
You don’t want to find that somebody’s come along while you’re not watching and they’ve started turning the dials. One, the gas could run out, two if they happen to touch that ignitor button you’ve got a potential issue on your hands.

Going back to before you start the BBQ, top tip for when you’re lighting them, always lift the lid up. Yep. Always have the lid open. So if you have knocked a dial by accident or it’s not lighting you’re not filling the BBQ with gas, suddenly it might spark. You get a boom. Yep.
The other thing is as well, the new BBQs from Weber have a little half circle cut out in the Flavorizor bars; those bars are, the Flavorizor bars are the angled bits of metal that sit underneath the cooking grate. They look loke a Toblerone. They have a little half circle cut out of them and that means you can see the flame on top of the burner tube, and you can see whether the BBQ’s lit or not.
And that’s on both models as well. Going back to cooking styles, you mentioned about the roasting, the indirect method, the direct method is quite simple.

Yeah really simple, for a 2 burner BBQ, if you’re going to grill, so what I would do on this particular BBQ, I would probably go aroundabout, I think about a clock face, so I’m going round about 7 – on the dial; the little red mark here tells you whereabouts on the gradient that position is, so you can cook anywhere on this lower section, we’ve got an even heat from left to right, then my indirect cook through area is this top shelf up here.

So chicken, burgers, steaks, kebabs, you get the colour on the outside, you probe it to see whether it’s cooked or not; if it is cooked it comes off, if it’s not it elevates up onto the top level there. A 3 burner gas BBQ, I would have my 2 burners, my left and my centre on aroundabout that position, and then I’d have my right one completely off. So what I’m going to do, I’m going to sear, sear, and then move over to this end third for food that isn’t cooked, but needs to carry on cooking through.

It’s a really simple thing, so on these BBQs we have tool set handles on both ends, really simple approach. On the left side I have sets of, I have a set of utensils and on the righthand side I have a set of utensils as well.
My raw food, plates, trays, whatever the raw food is coming out on goes on the left table and the utensils that hang on this end are for food that is not cooked, so we can put the food on, we can turn it over.
Once we’ve temperature probed that food and it’s ready to go I have my serving plates, my utensils, my condiments on the righthand side and the set of utensils on the righthand side are the ones that I use to take food off with.
If you don’t cross over your utensils you’ll reduce the chance of cross-contamination and food poisoning; so just a little safety tip. So that’s just a few of our top tips for using the gas BBQ.
We’re across all the social media platforms, thank you for watching and we’ll see you again next time. See you next time. .

The Best Ways to Clean a BBQ Grill: 10 Quick and Easy Tips